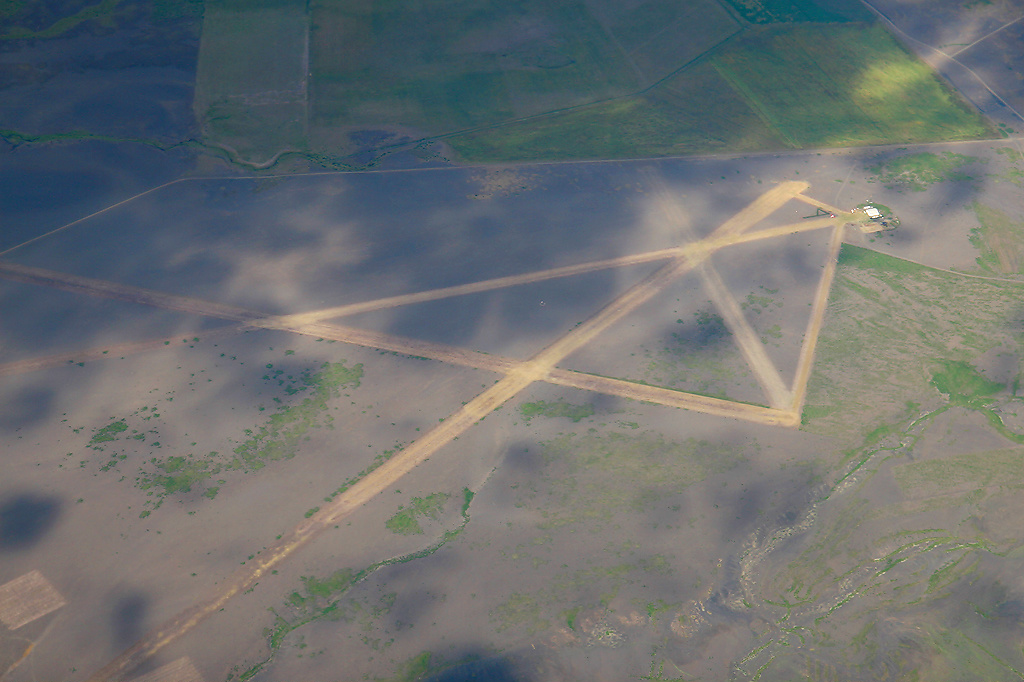 At the beginning of February 2020, there was a discussion in Iceland about the possibility to built a substitute for Keflavik airport in the south of Iceland. These talks included speculations about an aerodrome with long runways at Geitasandi east of Hella seen from satellites but nowhere recorded and few seem to know.

Someone believes this aerodrome was built by British or American soldiers during WWII times, however, it turned out to be a 30-years project of Icelandic five aviation fans and airport construction amateurs, Bændablaðið revealed.

Baldur Jónsson is a well-known glider pilot. He says on behalf of his comrades: “The land was just boulders and gravel and it was clear that runways could not be built without heavy labour where only hands were used. Later the grass was planted. Work on the first runway took all the first summer. At the same time, we began the construction of the hangar. In the following years, the number of runways was increased, and there are now four of them.”

The longest one is just under 3 km. No signs or indications have ever been on a runway in this area. The runways are widely used by aviation enthusiasts. They are well maintained, although the maintenance of the longest runway has been reduced in recent years. Each year it is applied and rolled and punched as needed. Tree cultivation has been practised in the area from the beginning, mainly birch. It started slowly as the soil was very poor. It has, however, taken over the last few years and is a part of the  Hekluskóga project (reforesting project in Iceland near the volcano Hekla).

Baldur Jónsson told that he knew about the intentions of British soldiers to set up the airport for military aircraft in these areas. He himself had searched for this airport off the land and from the air for years but did not find it. Now he thinks he knows that the airport is just north of the highway that lies above Hotel Rangá. The airport construction never had been completed by Royal Air Force. Then the structure was much smaller than what the five Icelandic members did quietly with their families and friends and is now visible from satellites. The aerial culture at Geitasand, or Geitamel as they call the area, has, as Baldur says, been widely used by amateur pilots, not least in gliding. Then the land reclamation aircraft Icelandair DC-3 reg. TF-NPK was landed there without any trouble, as she had enough space there.