Air Atlanta Icelandic cargo plane Boeing 747-48EF with tail number TF-AMU has experienced runway excursion in Doncaster airport, UK, after landing. No injures reported. The plane performed Astral Aviation flight 8B-2601 from Nairobi, Kenya. The plane safely had landed on the runway 02 and then was supposed to turn around at the end of the runway and perform backtrack.

According to Avherald, instead, it went off the turn pad with the nose gear, main gear remained on a paved surface, and became disabled. The airport authorities have closed the runway because of the stuck plane. According to NOTAM, the runway was closed for 2 hours. 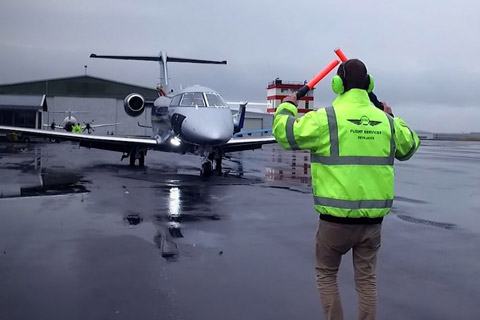