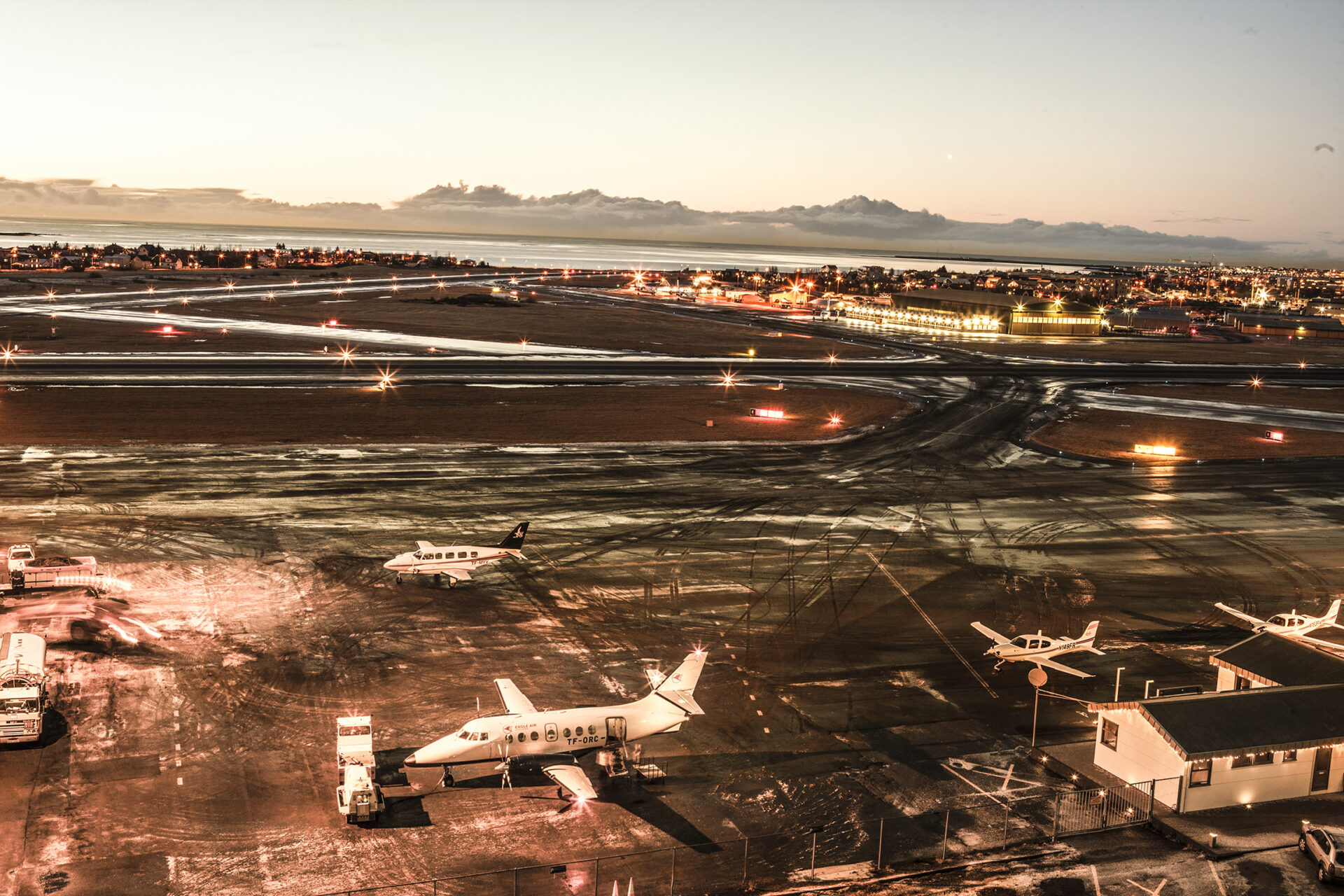 Isavia aware: Without financial support from the state, several domestic airports are going to be closed. Local airlines – Air Iceland and Eagle Air – need government help for acceleration pax flow and lowing prices, which are in several times higher than for international flights of bigger companies. On the background, there are ageing approach systems, which have to be replaced with new technologies. This necessity goes along with minuses and pluses for different actors of the Icelandic air transport system.

Weak points on the map

In 2017 pax flow in domestic flights of Iceland reached the level of 817.371 people. It growths from last year and continue a positive trend from 2014. However, there are only three main airports, which accumulate 89% of the whole pax flow in domestic routes. Obviously, all of them are in three main cities: Reykjavik, Akureyri and Egilsstaðir. The candidate to the top-3 is Ísafjörður, which adds to this group 4% more. It means other 10 airports with scheduled domestic flights share only 7% of pax flow.

These airports from the bottom of the list have turned for Icelandic operator of all aerodromes in Iceland Isavia into wasting of money. Moreover, the situation is not going to change by itself, because they are developed neither by the state nor by Isavia. A stop brake is a short-term contract for service. “We actually separate domestic airports and Keflavik in our operations. Because the operational grounds are different, “- said Isavia director of regional airports Jón Karl Ólafsson to Flugblogger. „In Keflavik, we have user fees, and airlines paying the whole thing. There it runs like just like a normal business, while on the domestic side we have charges free, because of the agreement between us and government, which is no longer than only 1 year at the time.”

It turned out that the easiest way is just close to unpopular airports during the next few years. Another option – to develop it. “One of the possibilities is an agreement between Isavia and government for 5-7 years, but we demand it should be fully financed, “– said Jón Ólafsson. „Our request is that they should check the domestic airports and try to commercialize them. At least, to put them into a business trend thinking. Then to think about investing for 10-15 years, instead of talking 1-year cost and problems”.

To optimize the costs Isavia not going to rebuild old navigation ground systems for precision approaches – localizers and ILS – in small domestic airports. Instead, they will be replaced by the comparatively new technology of R-NAV, just navigation GPS points with prescribed altitudes. This method of navigation does not require any ground equipment and maintenance, which means zero cost. However, it makes angry another actor of the Icelandic air transport system.

“For airports to put ILS there costs around 100-150 mln ISK, if you put GPS equipment for R-NAV in one plane it would cost less than one-third of it”

“It is just ridiculous. Why we have to equip with R-NAV all our fleet, which put an enormous financial load to our company? “– the source in local airline Flugfélagið Ernir (Eagle Air) told to Flugblogger. The fleet of the company includes seven aircrafts. According to Flightradar24, four of them are Jetstream 3200 (reg. TF-ORA, TF-ORC, TF-ORD and TF-ORG) from 22 to 29 years old. The airline network consists of small aerodromes near Icelandic towns, including two in the north – Húsavik and Sauðakrokur – which are recently were deprived of localizers. In these airports, the only precision approach system, which available now, is R-NAV.

Jón Ólafsson explained everything with the numbers: „It is not Isavia decision, we do not own airports, its government. For airports to put ILS there costs around 100-150 mln ISK, if you put GPS equipment for R-NAV in one plane it would cost less than one-third of it. My recommendation to the government is just paying to the airline 30 mln ISK per aircraft and stay far from the problems, instead of putting 100 mln ISK in every airport. In another case, it can be 10 times more expensive. I mean, every new maiden aircraft has this R-NAV equipment and in 10-15 years these ILS probably will be disappearing.”

It is easy to predict the rise of the price for local flights with Flugfélagið Ernir, if they are staying alone with the necessity to spend money for the R-NAV upgrade. Even keeping in mind that prices for domestic flights of local airlines in Iceland are higher than for international flights of other companies. It all goes along with other factors of the difficult life of any local airline in Iceland, which was emphasized by Air Iceland Connect director of sales and marketing Grímur Gíslason.

Explaining, why domestic flights of Air Iceland are in several times more expensive than international flights of other airlines, he named the size of the company as the main factor.

„It goes to the size of the fleet and the company itself. If you have freight fix cost you can divide to more passengers and more frequencies, then you can low the price for passengers. We are working in really difficult circumstances here. The population of Iceland is quite small. It is not growing in a way we would like to see it grow. Also competitor environment for pilots, crew and everybody, who works withing airline. We are competing with Icelandair and WOW air for the best people and best personal. Icelandic weather is another factor. Because of it, we had to cancel 9,2% of our flights. It is a huge cost involved in that for the revenue system of the company. It is like having all revenue for 30 days, paying from it salaries and other costs. It is a difficult environment, but we try as much as we can have it as low as possible, “- said Grímur Gíslason.

According to Jón Karl Ólafsson, up to 75% of passengers on domestic flights are Icelanders, and most of them travel for business. Air Iceland Connect tries to change the trend. In February of 2017, they linked Akureyri with the biggest airport in Iceland – Keflavik.

„For now the majority of people, who use this product, lives in Iceland. They are from the north and go on holiday abroad. But we are growing more and more into tourism part of it, “ – said Grímur Gíslason. „It takes time to put this kind of product to a product flow, which everybody selling in Iceland. I mean, travel agents, travel distributors, etc. I would say we are in the beginning phases.“

Isavia commercial director of Keflavik airport Hlynur Sigurdsson has an optimistic view for the route: „The Akureyri is the first trial, and we just started in February last year. We do not have enough time yet to say it was a full test, because the marketing from the airlines needs more time to measure that. In my opinion, if it should work somewhere, Akureyri should be the place, because it is the biggest attraction area in the wintertime. And because the facilities in the north are full anyway during these three months in the summer, for now, it is one flight a week during summertime and five times a week in winter.”

Discussing state support for domestic flights Grímur Gíslason emphasize that airline flies on its own: „For this Keflavik-Akureyri flights we went to a… it‘s like „Growing tourism“ fund, just for this project, a bit of marketing support. It was 10 mln ISK. That is the only part we have from government to our flight schedule. People in Iceland in generally think it is funded by government, but it‘s not a case“. 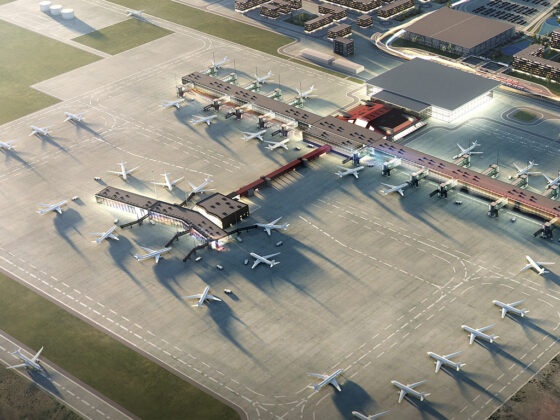 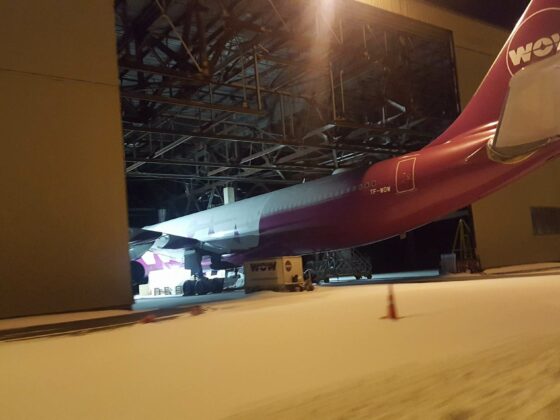