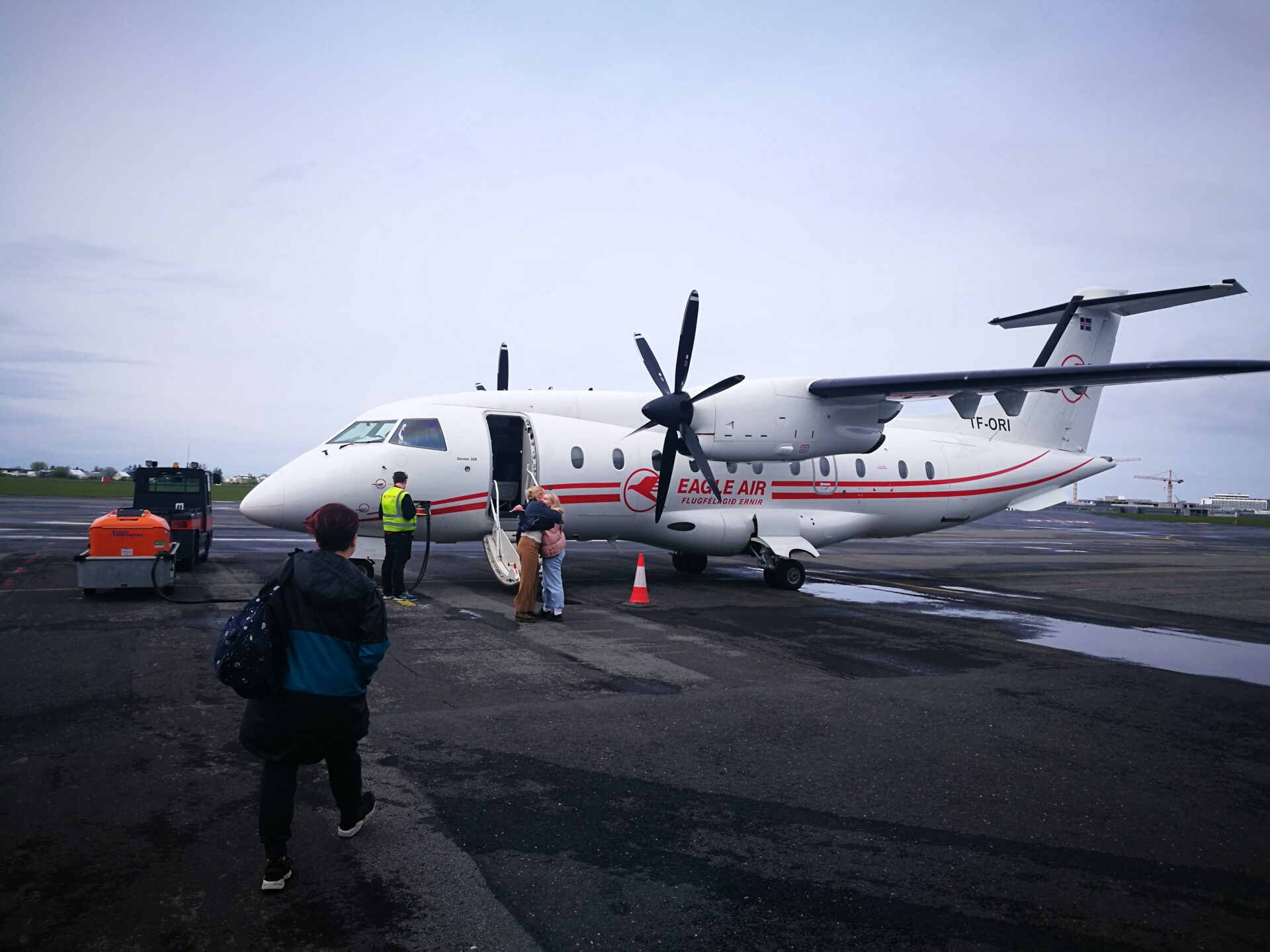 “Secret passengers” on the shortest regular flight in Iceland

Aviation in Iceland is an essential way to reach a destination, where your trip by car would take many hours due to the hilly landscape. But what if there is a destination, where you can’t drive, because it is just another tiny island near Iceland? Flugblogger took a plane to test the shortest regular flight between Reykjavik and Vestmannaeyjar. Only 20 minutes in the air.

Usually, aviation in Iceland is not affordable for low-cost tourists, but that time Flugblogger was lucky enough to notice special offer from the Icelandic regional airline “Eagle Air” (Flugfélag Ernir). The airline performs regular flights from Reykjavik capital airport (ICAO: BIRK) to Bíldudalur (BIBD), Húsavík (BIHU), Höfn (BIHN), Gjögur (BIGJ) and Vestmannaeyjar (BIVM). Among them, the flight from Reykjavik to Vestmannaeyjar is the shortest one and takes just 20 minutes of flight time.

Before 2018 “Eagle Air” performed all its flights on JetStream 32 (reg. TF-ORC and TF-ORD). Since last December the airline has got Dornier Do328 (reg. TF-ORI), which was put on the flight to Vestmannaeyjar also. 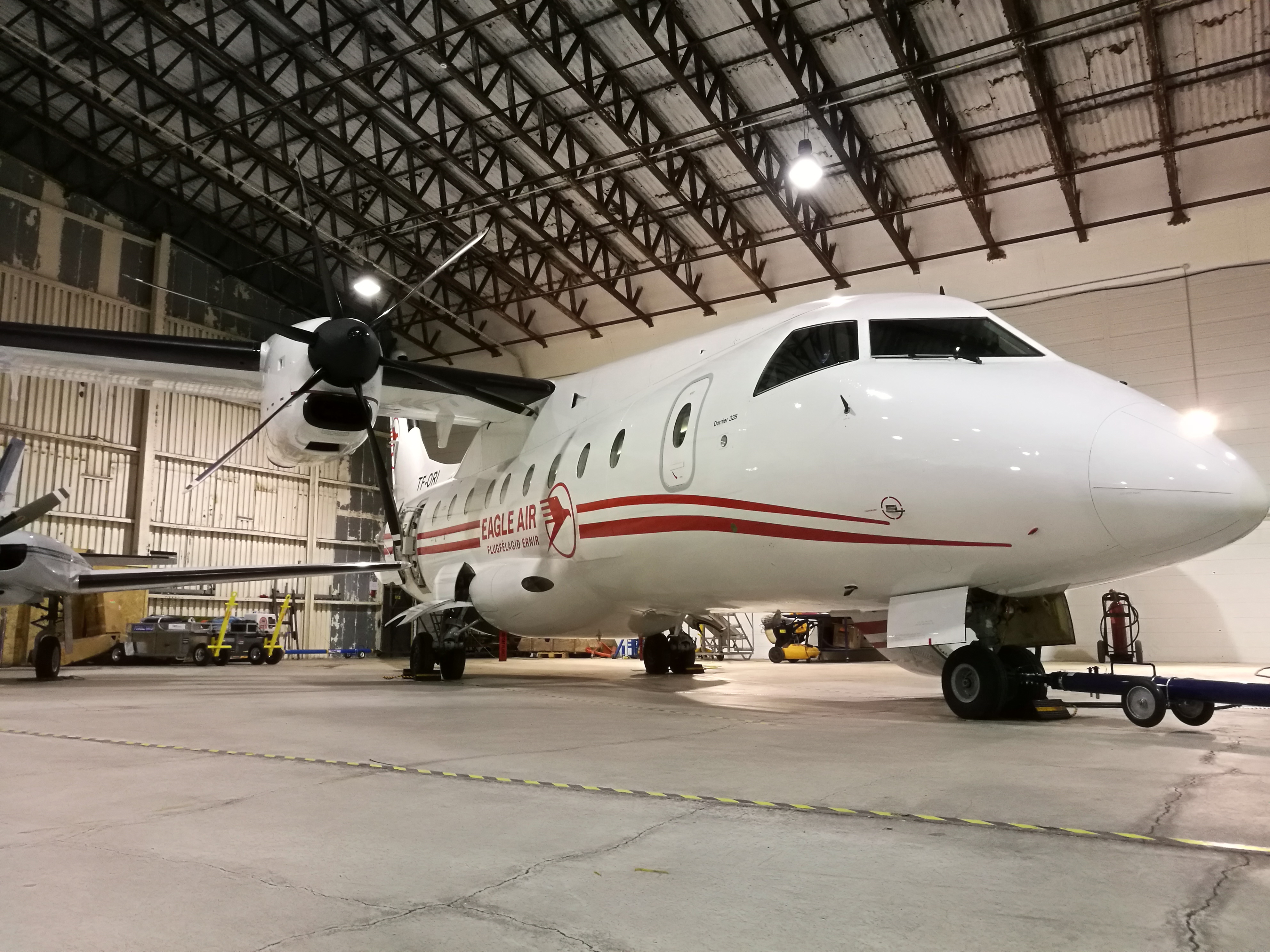 Read more about Eagle Air Dornier Do328 here
Icelandic regional airline “Eagle Air” has put its Dornier 328 on commercial flights for the first time. This is the biggest aircraft for the whole history of the private company, which had been st…

In Reykjavik airport “Eagle Air” has its own terminal near the ATC Tower. As in any domestic flight in Iceland, there is no security check before the flight. A passenger has to check-in inside the terminal 40-30 minutes before the flight, saying his/her name and that’s it.

There is no bus or any transport between terminal and ramp. After the departure is announced passengers just walk several dozen meters to their plane through the apron. There are 32 passenger seats in the cabin of Dornier 328.

The crew includes 2 pilots and 1 stewardess. There were just six passengers on this flight. The demonstration of safety features went during engines start. After short taxing, the plane had taken off from runway 31 at 11:30 Zulu and started to climb to south-east direction.

The cruise flight altitude for this route is just 9 000 feet. During the flight, Icelandic chocolate with “Eagle Air” brand was offered to passengers. In 20 minutes, we were on final runway 12 of the airport, which is situated on the Heimaey island, the biggest one in the Vestmannaeyjar archipelago.

After touchdown, the plane taxied to the apron, where it is hard to imagine more than two aircraft of this size. The way to the terminal is just about 50 meters by foot. Behind the terminal building, there is car parking, however, the island is so small that it is easy to go to the town on foot. The airport is just about 2 kilometres from downtown.

There are many beautiful views across the Heimaey, including a vertical rock wall, standing in the ocean, puffins flying over the harbour and mountains of the island. The biggest and deadliest mountain is Eldfell volcano. Its eruption in 1973 was devastating and almost vanished the town of Heimaey. Due to huge luck, there was bad weather back then, so most of the boats were in the harbour. People had managed to evacuate from the island on these boats. The eruption was so strong that has broken off a part of the mountain so that when viewed from above, the volcano now is seen like a horseshoe, not a circle. Still, Eldfell is the highest point of Heimaey with a great view. 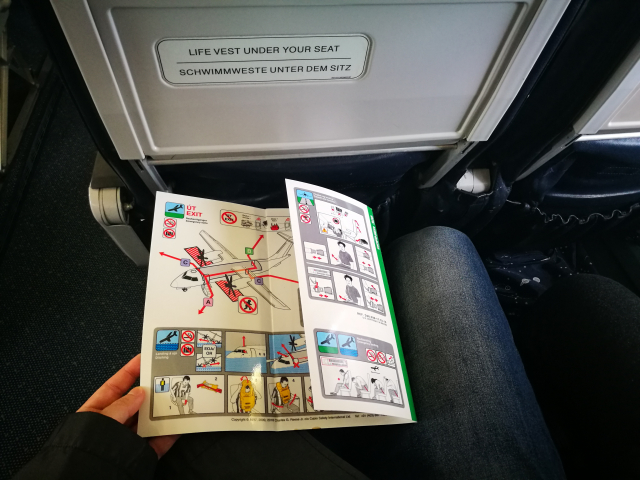 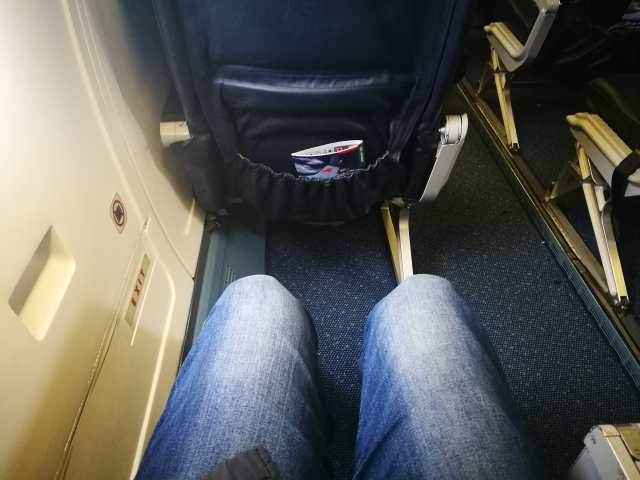 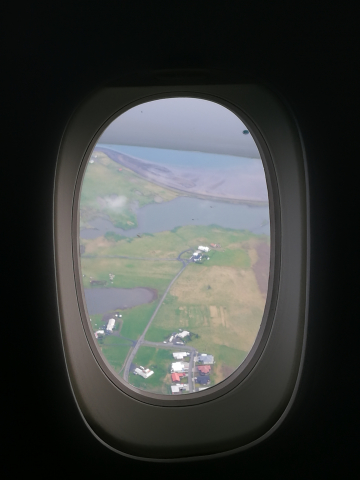 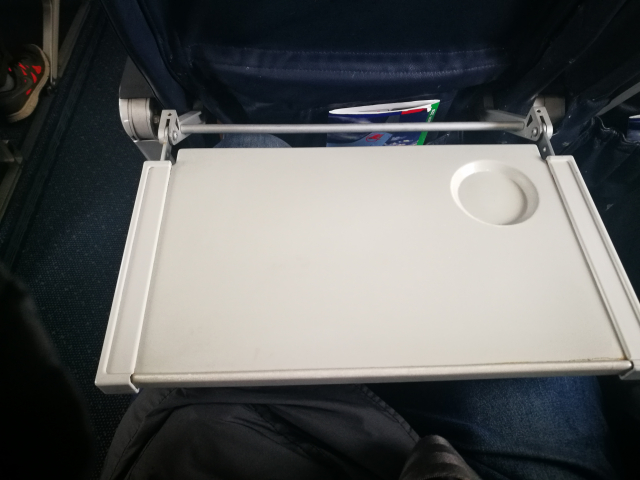 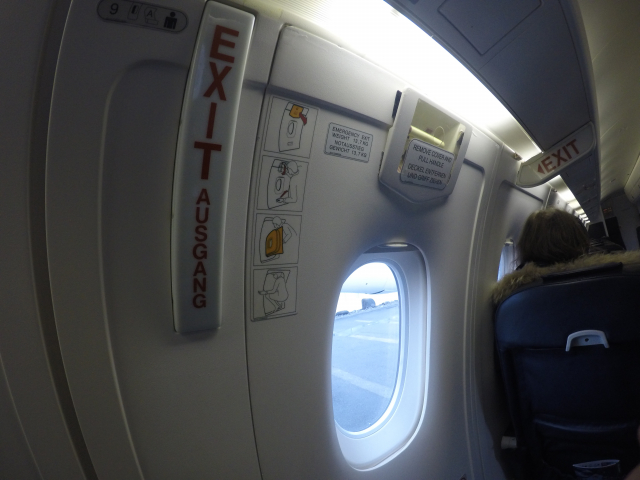 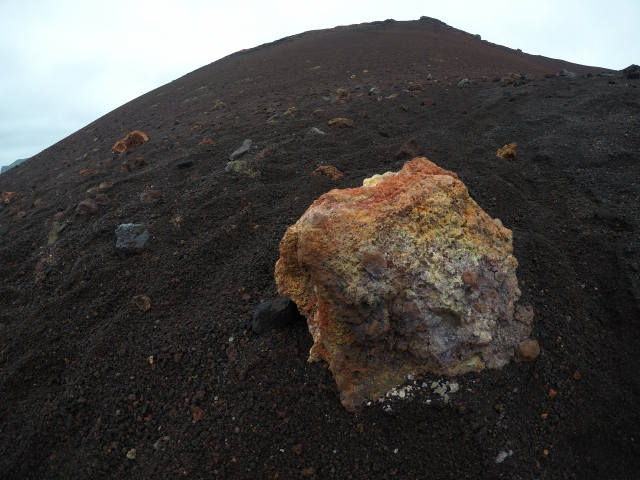 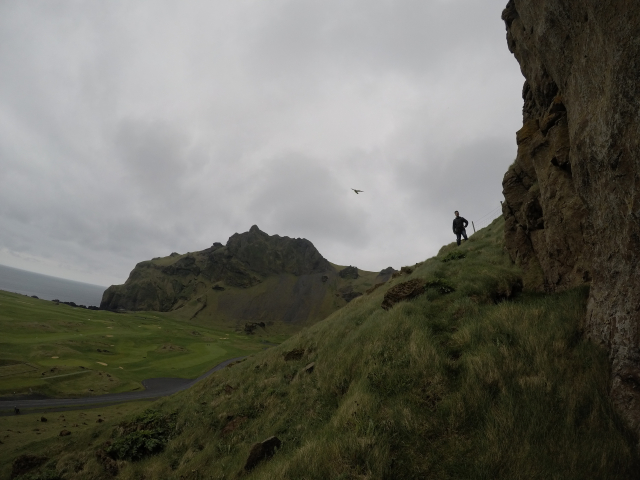 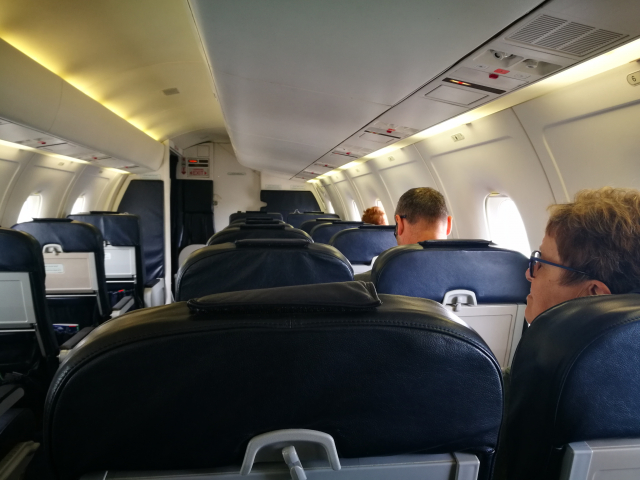 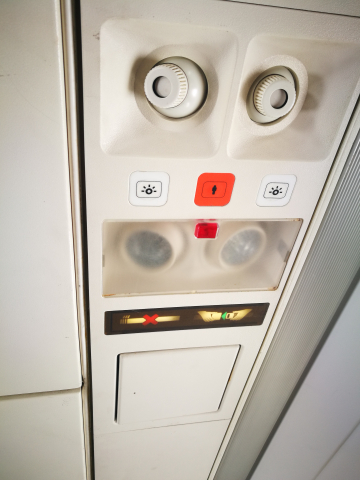 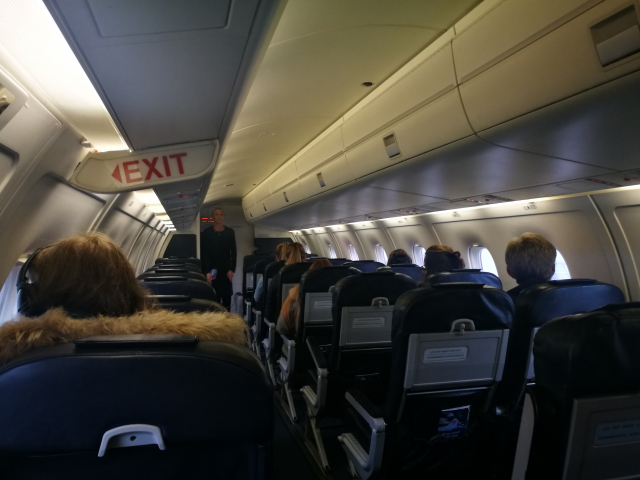 The back flight was just in 5 hours since our arrival to the island. It is pretty enough for the first visit to the island. Flugblogger had arrived at the terminal for check-in one hour before the flight, meanwhile, locals had appeared just 30-20 minutes before departure. The departure hall of Vestmannaeyjar airport is small and cosy. There is plenty of space for seating and waiting. It was noticed that only two people handling the ground service in the airport, including check-in and luggage. At least, one more was in ATC Tower.

The flight back to Reykjavik was on Dornier Do328 again, which just had arrived minutes ago with another bunch of passengers from Icelandic capital. This time we had nine passengers on the flight. The procedures were standard: safety features demonstration, engines start, backtrack taxiing to runway 12 for the take-off.

Another 20 minutes in the air flew very fast. No sweets were offered this time. Probably they run out because while Flugblogger was on Vestmannaeyjar, the plane performed four flights Vestmannaeyjar -Reykjavik – Húsavík – Reykjavik – Vestmannaeyjar. It was some turbulence during approach in Reykjavik, but nothing extreme. The plane had arrived at runway 19 at Reykjavik airport.

Overall, it was a nice flight adventure and, considering the special offer, with a fair price. However, the standard price is very high for such kind of flight. 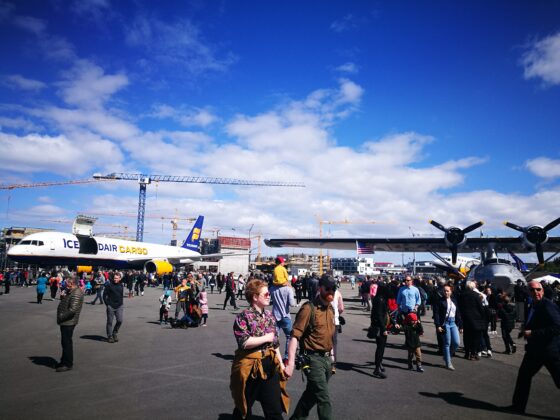