More than 40,000 refund requests are still pending in Icelandair, according to Morgunblaðið and Icelandair’s information officer Ásdís Ýr Pétursdóttir. “We have been reimbursing the flights, but this will of course take time. The airlines are not quite designed for these projects,” said Pétursdóttir, answering to journalists request, and is, therefore, working on a technical solution to simplify the process and increase capacity. Passengers who had to cancel their flights have had three options: to change the flight date, receiving a credit note or to get a refund.

Morgunblaðið recently reported that Icelandair’s customers did not get a refund from the airline for canceled flights and that in some cases no payment had been received even though months had elapsed for this.

“The reason for the delay is a huge number of cases that need to be dealt, as well as the fact that the majority of Icelandair’s employees were working part-time in April and May. Therefore, refunds have taken much longer than under normal circumstances. It is our goal to resolve these issues with our customers as soon as possible,” said Ásdís.

Previously Icelandair reported about negotiators with its stakeholders in order to be able to initiate offering of new shares and complete a financial restructuring of the airline. At the end of June, the new long-term collective-bargaining agreements have been reached with the unions of pilots, cabin crew and mechanics. Work on terms with the Icelandic Government, along with Íslandsbanki and Landsbankinn, regarding a government-guaranteed credit facility is in progress. Negotiations with certain pivotal counterparties have not been concluded. Those counterparties include aircraft lessors and a credit card acquirer. Furthermore, the Company is still negotiating with Boeing regarding further compensation due to the Boeing 737-MAX grounding and the state of future deliveries of aircraft.

At 29 of June,  the cash position of Icelandair was around USD 150 million which is in excess of three months fixed operational cost in the current environment.

What was at the first post-COVID air show in Iceland. And the biggest in the world so far 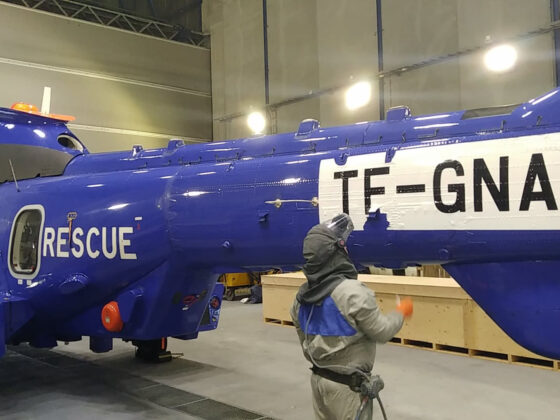