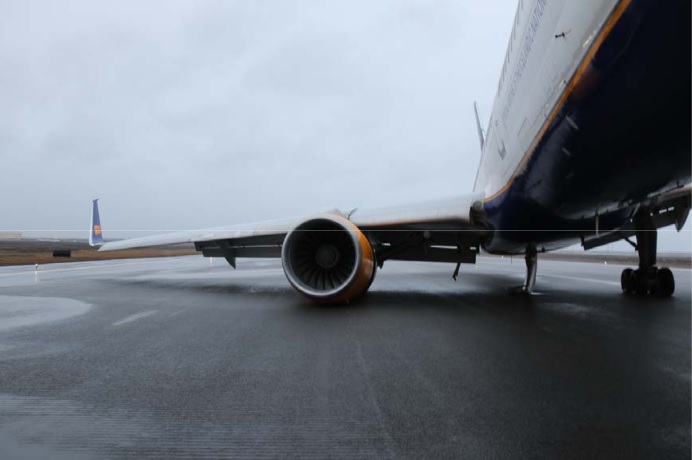 Investigation reports about aviation incidents in Iceland are mostly written in Icelandic and therefore hardly accessible by aviators from the outer world. This practice spoils one of the main flight safety principles about sharing information, so more crew can learn from the mistakes of others, which helps them to avoid their own. This is the main idea of Simon Hradecky’s statement. He is the editor of the biggest private database of aviation incidents and accidents from 1994 to nowadays. His website avherald.com, hosted in Austria, is popular among aviators and flight safety experts from all over the world.

“The main goal of aviation occurrence investigations is to prevent the same causes anywhere, not just domestically. The same mistakes are done all around the world, and it is needed that any such cause/error and the lessons thereof are learned globally”, Simon Hradecky told Flugblogg, “This is actually in the recommendations of ICAO Annex 13, too, that all investigation reports – including the purely domestic ones – are to be published in English as well (besides the local language which is expressis verbis permitted but not recommended). ICAO Annex 13 also does not recommend the use of any ICAO language, but the use of English for such investigation reports.  It is clear that this is a recommendation only, not a mandatory requirement. However, with the actual goal of accident investigations, it is self-explanatory that all aviators, who need to speak English anyway (for international ATC), should be able to read and understand such investigation reports, too, irrespective of their other language skills and local languages.”

Hradecky communicates with aviation investigation agencies in dozens of countries. He told Flugblogg his experience with Icelandic Rannsóknarnefnd samgönguslysa RNSA (Icelandic Transportation Safety Board) is not the most pleasant one. “I have tried to communicate with RNSA, sometimes with relatively good results in the past, one of the recent [when Air Iceland Connect Bombardier Dash 8 experienced engine shut down in flight in Reykjavik on 9.August 2018] was not helpful at all, I did receive a response at first, but did not receive any reply to my second mail following up on this reply.  In comparison, I ran into open doors with that request of English reports with other accident investigation boards like Japan for example.”

Only a few countries currently have no English reports, and those are countries with one of the 9 ICAO languages as their national language (e.g. Russia or China), Simon Hradecky says.  All others usually do have English reports. Iceland, as a non-ICAO language, is currently one of the biggest exceptions with reports purely in Icelandic. “It is noteworthy, that ICAO requests all final reports to be submitted to their archive of final reports, but Iceland is grossly underrepresented in that library (as they don’t submit all those “national” reports as it appears to be)”, says Hradecky.

Investigator at the Icelandic Transportation Safety Board (RNSA) Ragnar Guðmundsson explained to Flugblogg, the issue is caused by the organisation’s budget and Icelandic legislation. “First of all, they [investigation reports by RNSA] are not seldom in English. I will explain the way through the procedures. Because we are an Icelandic government organization, we are supposed to issue the reports in the Icelandic language, the official language in Iceland. However, as soon as in the field of aviation, there is interest abroad and some of the parties, that are involved, might be not Icelandic speaking, we are permitted to issue reports in another language. But this is only permission and not an obligation. Another case is if we need assistance from abroad, let’s say US NTSB or technical assistance from Boeing, and then these parties will become a part of the approval process of the final report. They have a say and we need to send them the report for the final commenting process. Obviously, if it is in Icelandic, they will be unable to do that.”

Ragnar Guðmundsson says the aviation department of RNSA is unable to translate every investigation report without a good reason because does not have enough resources for this. “[Translation of an investigation report in English]  is a work, for which we maybe even have to hire a translator. We had discussions about if we should do this, but we are not budgeted for it. We are limited in the resources, there are only two investigators in aviation in Iceland. If we work on the translation, then we are not working on active investigations.”

Guðmundsson agrees that investigation reports in English are essential for the development of common flight safety. But he points out that publishing them all the time in English only will rise questions to RNSA inside Iceland. “Every single time we issue reports in English we have the same questions from Icelandic media, who knows we are obligated to write the reports in Icelandic. As soon as we cannot fulfil both requirements, because we are not budgeted for it, and that is the reason why it is in the way it is.”

In terms of flight safety, Iceland is in the jurisdiction of the European Union Aviation Safety Agency EASA. Answering Flugblogg’s questions, the regulator says there is no obligation to send the investigation reports solely in English. “Everything that we receive from Iceland is in English”, says EASA Head of Communication Janet Northcote, “Note that this is not the case for many other states in the EU. However, to be clear, while we obviously do not have full visibility on this, we do not believe that we receive all reports from Iceland, we can only comment that the ones we do get are in English.”

In EASA they think that the use of the English language is “extremely important” to retrieve information and make the best use of metadata in terms of analysis. “However, depending on the aviation domains, it is clear that there are lessons that have to be learned mostly at the local level, where the use of a National language is probably more effective”, says EASA’s statement.

Keflavik expects up to 8 million passengers in 2024