Transport Accident Investigation Board (RNSA) published a preliminary report about the accident with Cessna 172 registration TF-ABB, which crashed in Ölfusvatnsvík bay, in the south of Þingvallavatn lake, on 3.February 2022. Four people were on board, including the pilot and the owner of the plane Haraldur Diego, who was also the head of AOPA-Iceland at that time.

According to the RNSA report, the plane took off from Reykjavik (ICAO: BIRK) and flew over Hellisheiði and Ölfusárós, along the south coast to Þjórsárós and then to the northwest over Grímsnes. The plane then headed west of Úlfljótsvatn and to Ölfusvatnsvík. Footage from a security camera by Þingvallavatn shows the plane flew from the south of Ölfusvatnsvík in Þingvallavatn to the north when it started to descend towards the water. Then the aircraft turned left to the West and then descended even lower to the water. The aircraft appeared to fly at a very low altitude above the water, for about 7 seconds, before impact.

Investigators manage to locate and take on the surface several electronic gadgets, in which they found some pictures and videos from the flight. In one of the videos the engine sound can be heard about the time it was flying into Ölfusvatnsvík area, which indicates that the engine was working. It also can be heard when the engine power is reduced and the aircraft subsequently descends to the water surface. The videos also show that ice is forming in Ölfusvatnsvík.

No signal was received from the TF-ABB emergency transmitter at the time of the accident. The emergency line received a call for a few seconds at 11:51. There was no clear communication during the call, but someone in distress could be heard. Tracking of the call revealed that it came from one passenger’s phone.

The search and rescue operation started just before 13:00 on February 3, 2022, after the plane did not come back to Reykjavik, exceeding the estimated landing time at 12:38. Subsequently, at 13:32, flight accident preparedness was activated. The main focus of the search was moved soon on the area south of Þingvallavatn lake, after the data from the Isavia reconnaissance system (MLAT4 system) indicated that the aircraft had been flown in a northwesterly direction over highway no. 350 at 11:45 at an altitude of over 400 feet above sea level.

The plane was found on 5.February and the next day searchers found four bodies at the bottom of Þingvallavatn lake 56 – 130 meters south of the plane. The bodies were retrieved from Þingvallavatn on 10 February 2022 and it was confirmed that they belonged to those, who had been on board the aircraft. Due to severe weather conditions, the plane was taken to the shore only on 22.April 2022.

The visual examination of the plane showed that probably neither pilot nor passengers used seatbelts at the time of the accident. Both cabin doors of the plane were closed while the windows were opened. The most damaged parts of the plane were the bottom of the engine cowling, the front side of both main wheels and the propeller spinner. Flaps were set to 30 degrees, carburettor heat set on, mixture set full, and the throttle pulled to 4 centimetres from 5,5 centimetres maximum. The fuel system was set to both tanks and there was fuel there (14 litres in the left tank and 49 litres in the right tank).

The next stage of the investigation will include further analysing of data from equipment found in the aircraft in an attempt to explain why no signals were received from the emergency transmitter. Investigators will also perform an inspection of the aircraft engine, check calculations of the weight of the aircraft and review aircraft maintenance data. 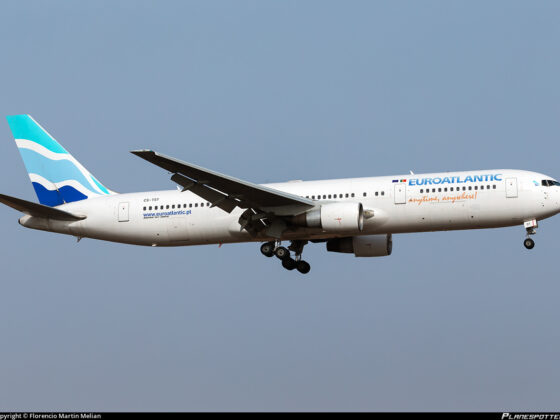 Boeing 767-304ER(F) #tfish Icelandair Cargo was rolled out of the IAC paint hangar this morning. The photos by Malcolm Nason. ... See MoreSee Less