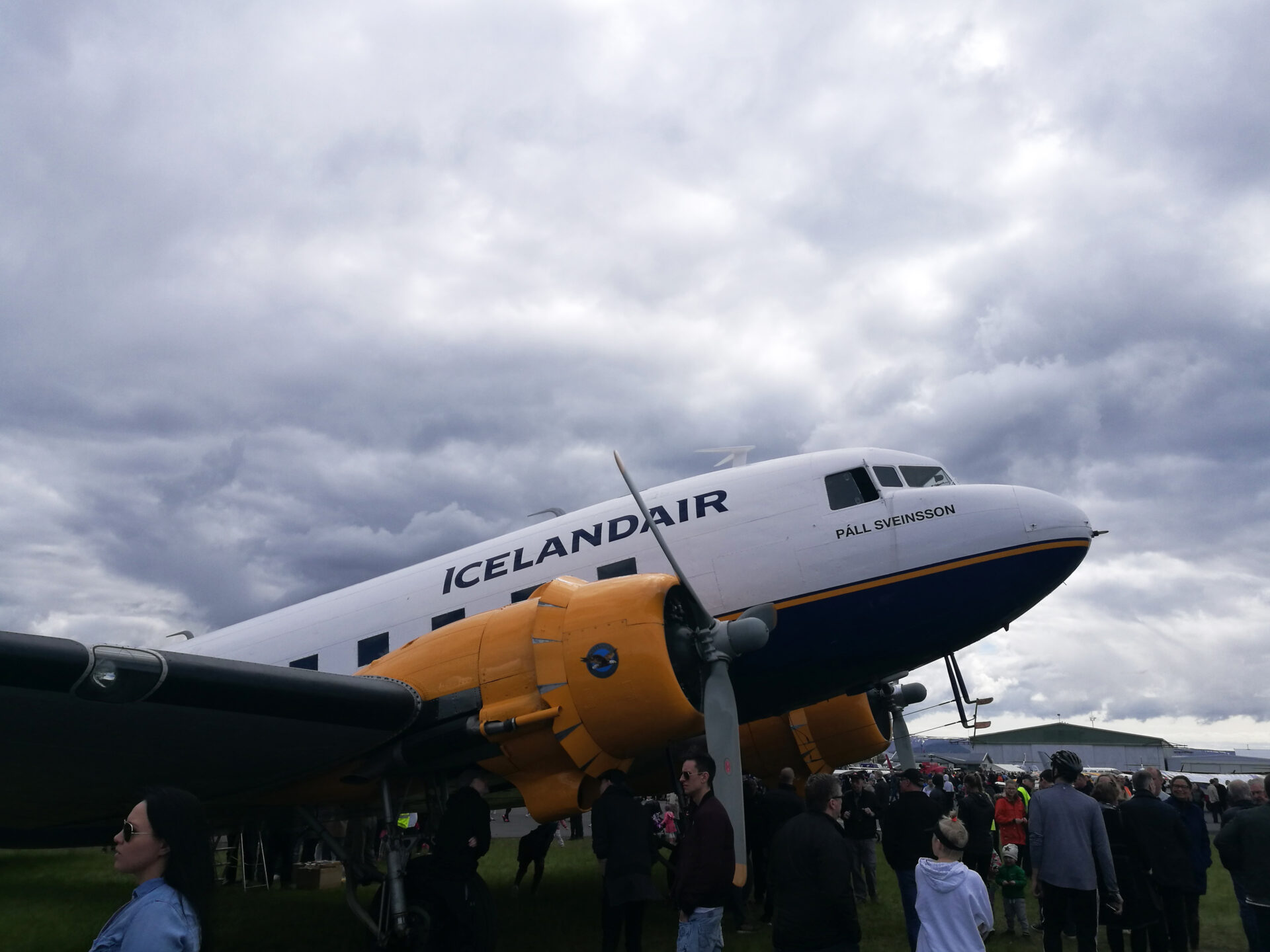 What was shown at the air show in Reykjavik

Early in the morning of June 3, a roar sounded over Reykjavik. Above the city centre at low altitude was the F/A-18 Fighter Canadian Air Force. After a few seconds, it landed at the airport in the central district. Together with it in Reykjavik flew two planes of Icelandair, personifying the glorious past and present of the airline. It was the legendary piston aeroplane Douglas DC-3 (reg. TF-PNK) and the jet freighter Boeing 757-200F (reg. TF-FIG). Their company were Fokker 50 (reg. TM-JMC) of Air Iceland Connect / Flugfélag Íslands in a special livery, Aérospatiale AS.332 Super Puma helicopter (reg. TF-SIN) and Bombardier Dash 8-Q200 of Iceland Coast Guard (reg. TF-SIF), as well as a whole scattering of general aviation aircraft and helicopters, including even a gyroplane.

A look into the past

Of course, 80 years ago in Iceland, there was not such a multitude of flying machines. By that time, several airlines already tried to start in Iceland. The first attempt to organize transportation on Avro 504K aircraft under the name of Flugfélag Íslands (Air Iceland) was undertaken in 1919. However, the airline closed only a few months. In 1928 the second Flugfélag Íslands was opened. Her fleet consisted of four Junkers F.13, which were leased from Germany.

Later in their fleet Junkers W.33d appeared, which for the first time received their personal names in the Icelandic language: Súlan, Veiðibjallan and Álftin. The airline lasted until 1931. In 1937, a new attempt was made and Svifflugfélag Akureyrar was founded. The first Flugfélags Akureyar aeroplane was Grunau IX, and the first aircraft became WACO YKS-7 (reg. TF-ÖRN). In 1940, it changed its name to Flugfélag Íslands and under this name – Air Iceland Connect – it flies even today.

To look at the diversity of modern Icelandic aviation at June,3 came many locals and tourists. The most popular was Boeing 757, the queue to which stretched for several tens of meters. Among them, Flugblogger noticed even two students of the technical faculty of one of the Spanish universities, the natives of Iran and China. They said that they are very interested in the technical progress that was achieved in Europe, and in the future, they plan to enter the University of Iceland. 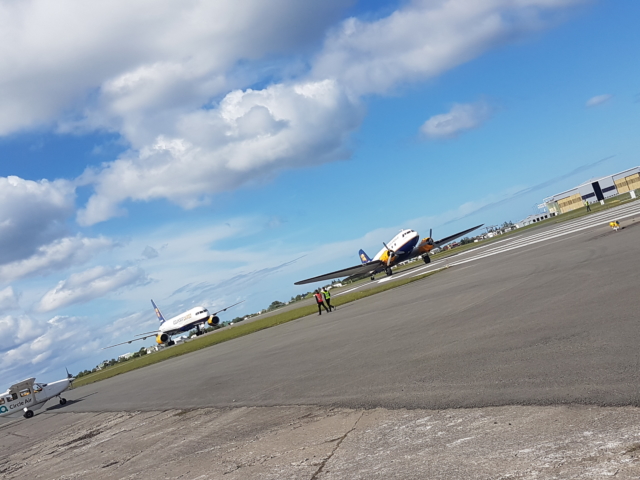 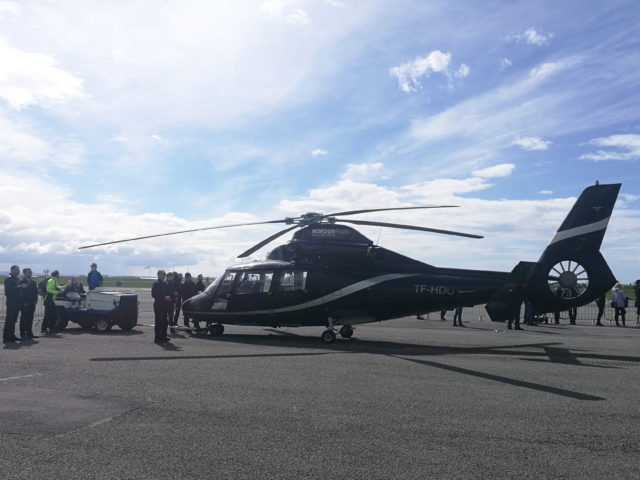 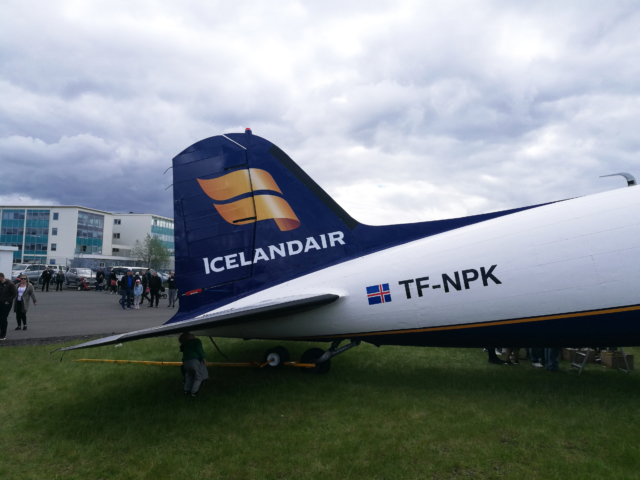 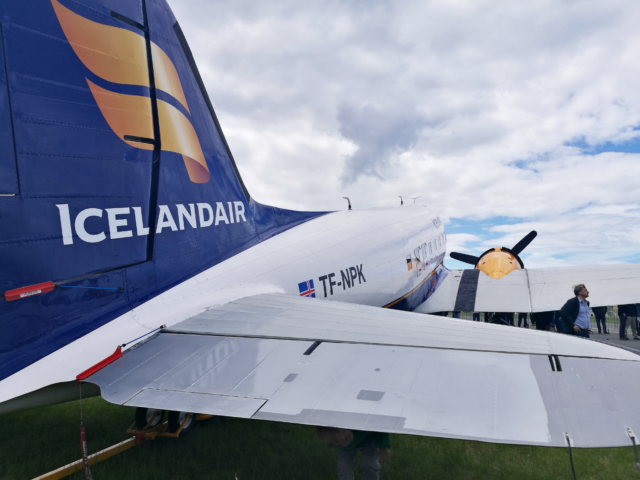 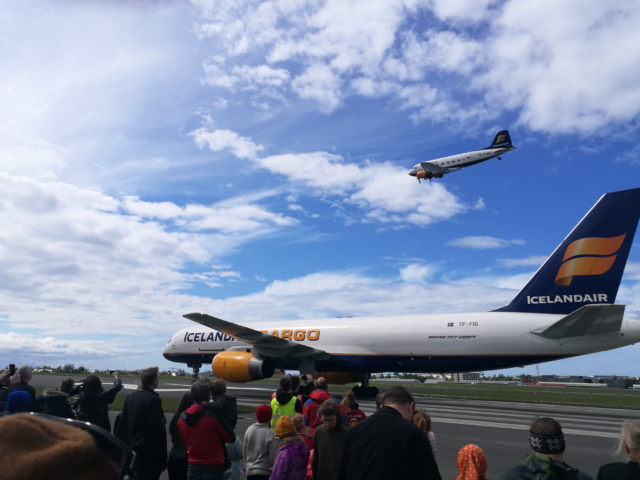 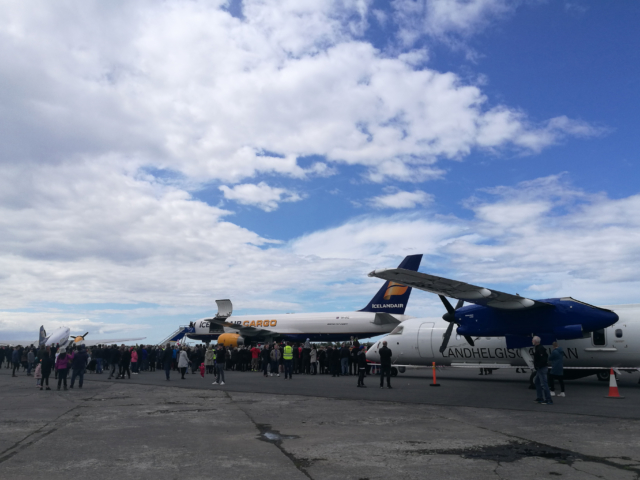 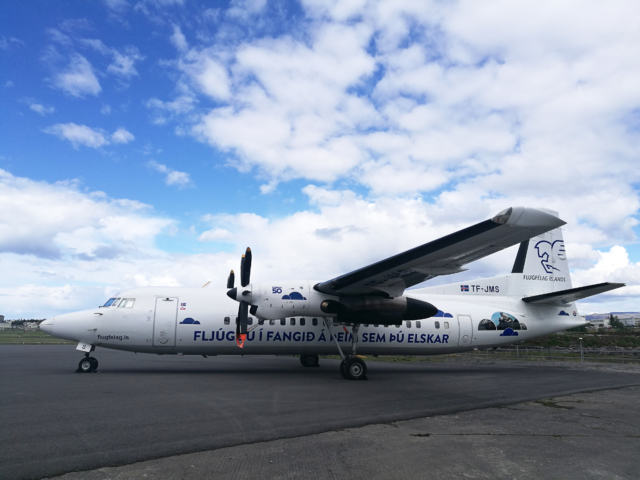 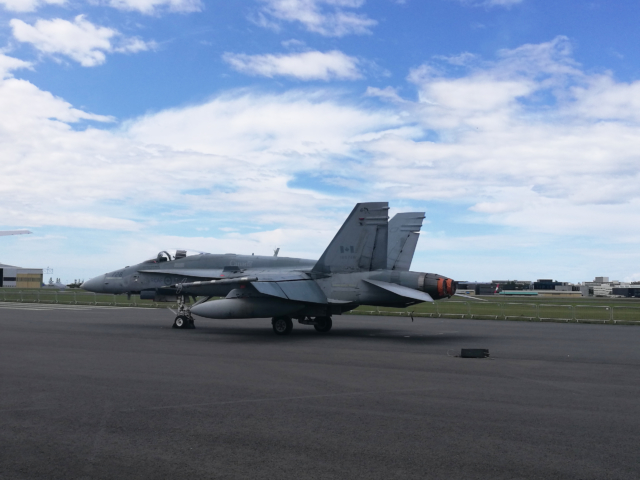 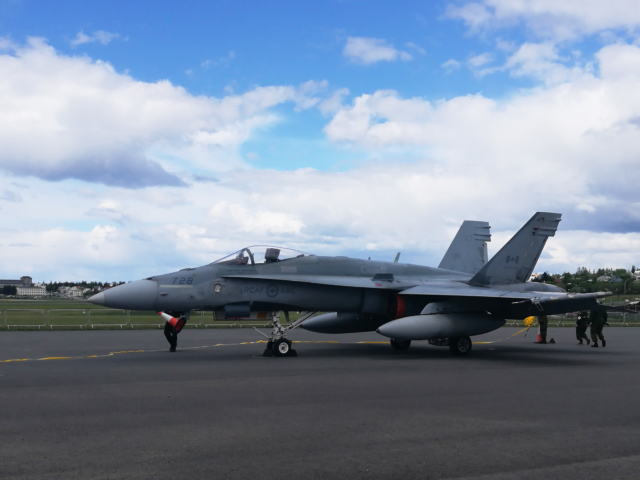 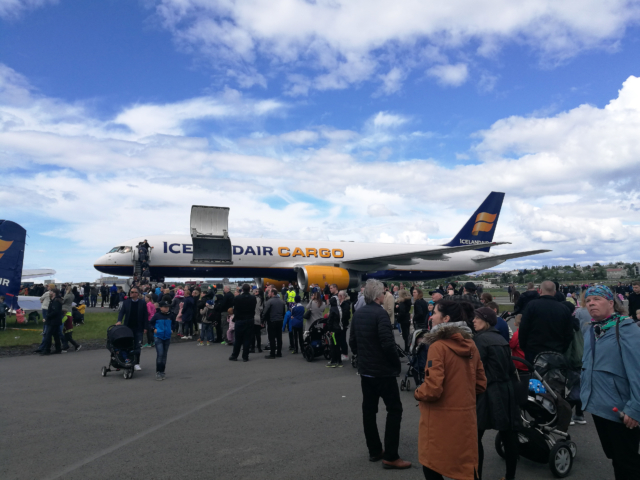 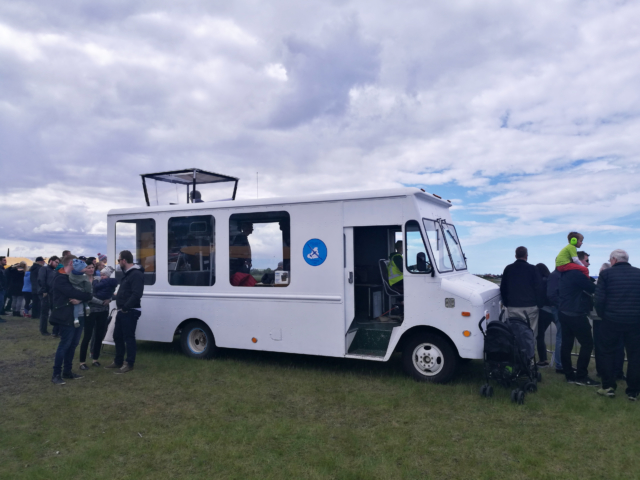 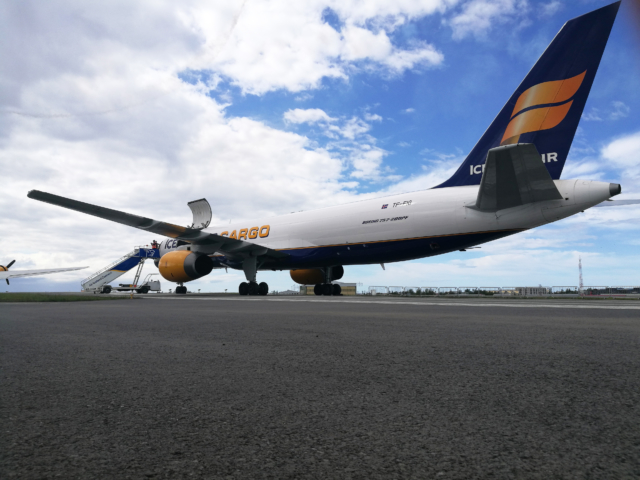 In addition to the statutory exhibition, the organizers of the event prepared a wide flight program. Over the Reykjavik airport, aerobatics was shown by small flight planes, helicopters, glider and drones.

Several passes over the runway 01/19 at low altitude were performed by heavier DC-3s, Boeing 757s and Canadian F/A-18s. 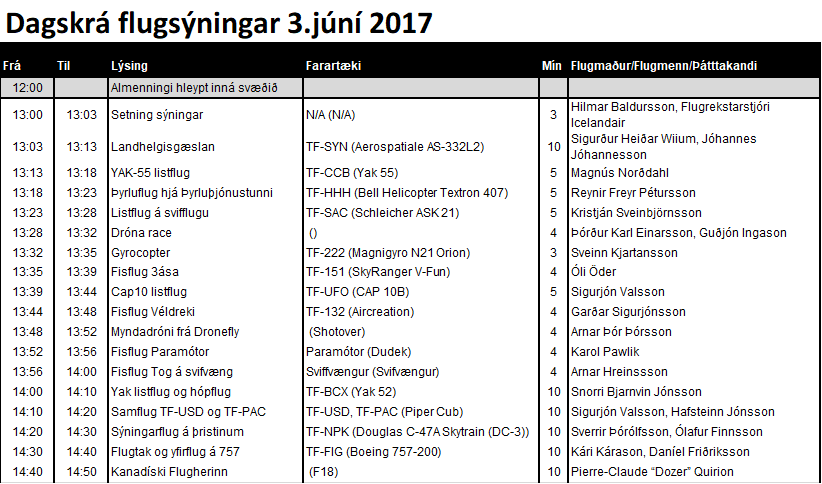 A surprise for the audience was the unexpected arrival at the airport of Reykjavik of the Airbus A321 (reg. TF-GPA) of WOWair. The official flight program was over by this time, and some of the visitors had already left the site, however, the rest were rewarded with a magnificent spectacle. The WOWair pilots performed an interesting program of individual aerobatics Airbus A321 with large angles of roll and pitch. From the ground, at some point, it seemed that just about and the passenger liner would begin to perform barrels and dead loops.

For the bright points of the flight program watch our video: 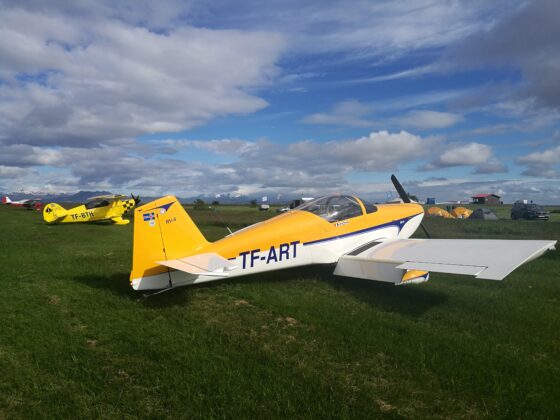