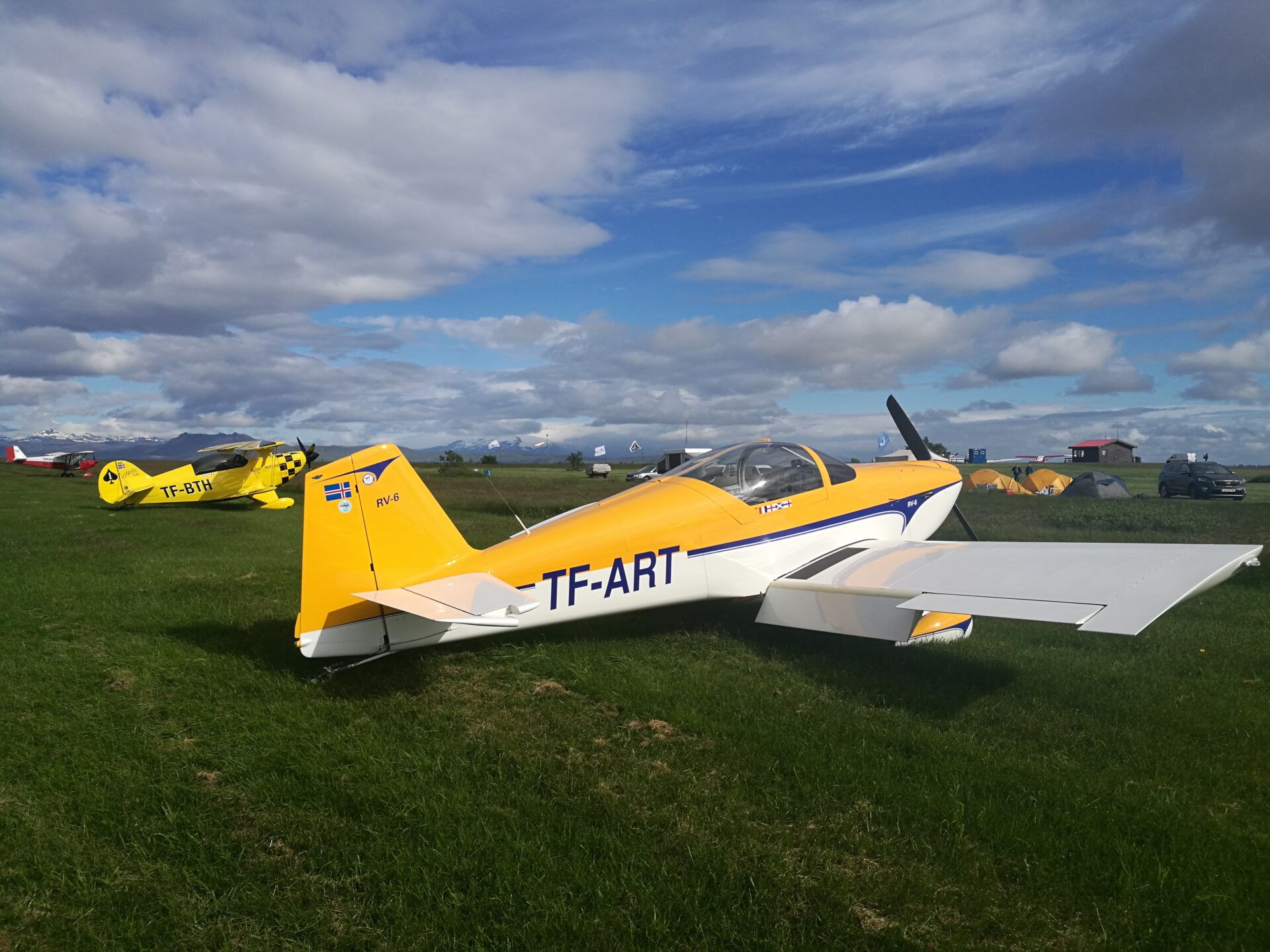 The smell of grass, the bright sun and the whirring of motors. These are the first associations that come to mind with the phrase “general aviation.” And this is exactly the picture that was seen by the participants of one of the largest aviation events in Iceland – «Everything that flies» (Icelandic “Allt sem flýgur”).

Hella airfield is on the eastern tip of the same name Icelandic township with a population of only about 800 inhabitants. Once a year it becomes the centre of Icelandic general aviation, doubling the population of the area. Those who cannot live without flights drive and fly here from all parts of the country.

The event lasts for three days. In 2017 it was from 7 to 9 July. Flugblogger arrived on the site in the evening of the first day and was able to watch himself as participants arrive at the airfield. Arriving by air, the pilots were not limited to the standard approach. Before that, each of them tried to perform a short program show. Most often it included a lowpass at the minimum height above the runway so that the gears almost touched the grass, at high speed, and then a sharp climb at large pitch angles and maximum engine rpm. 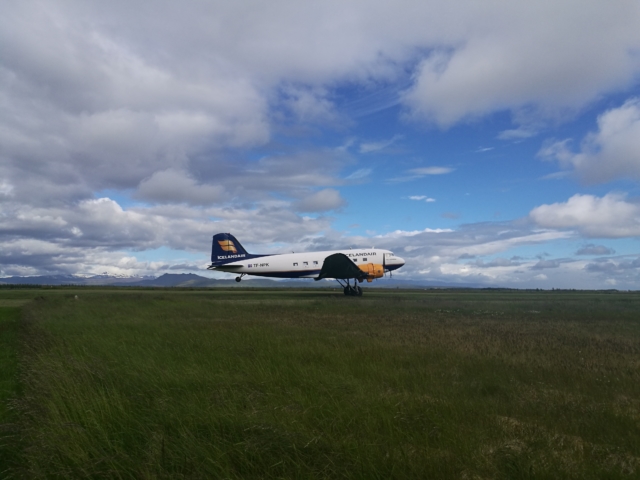 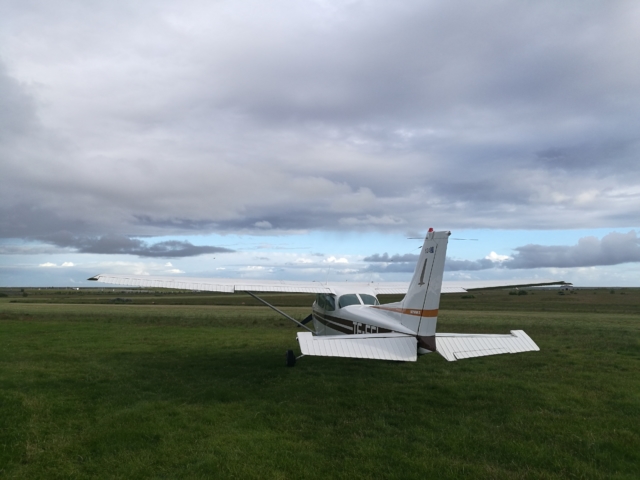 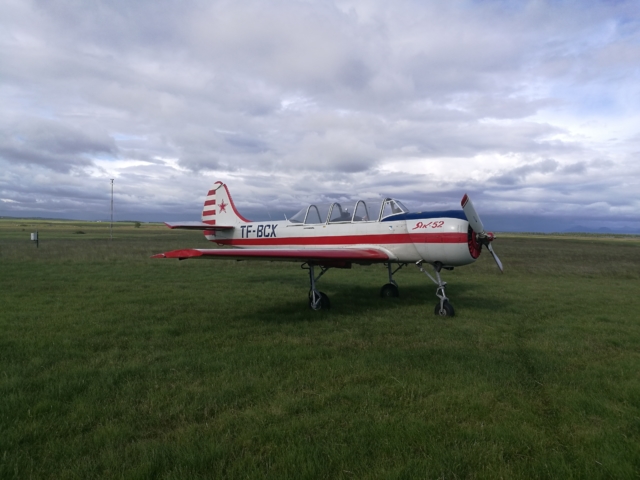 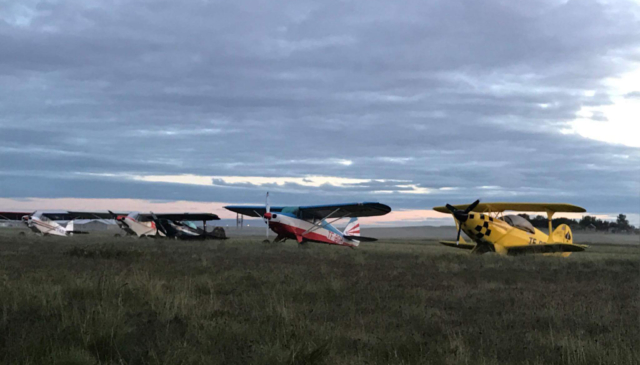 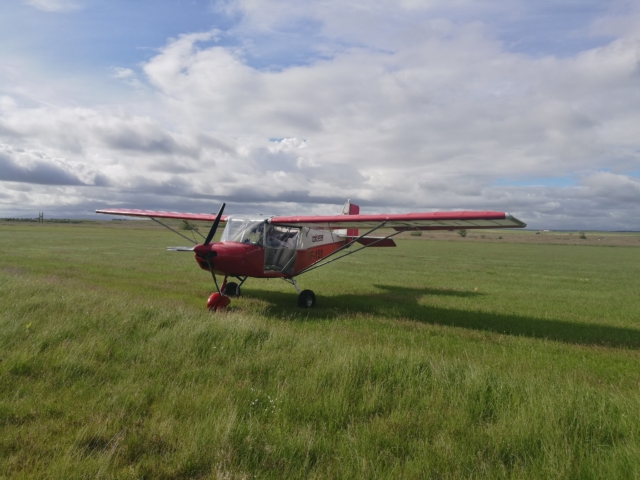 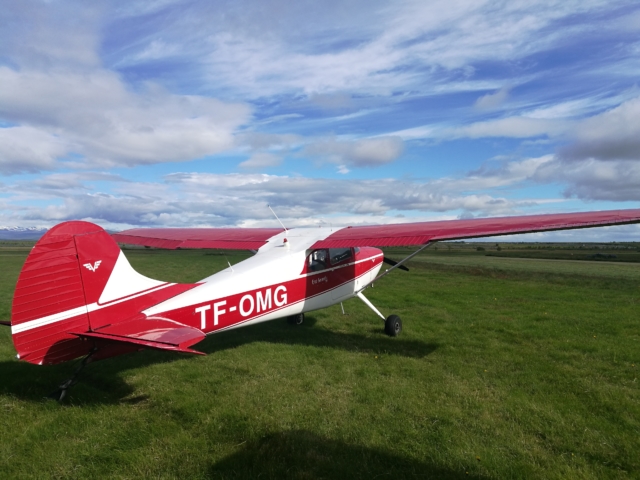 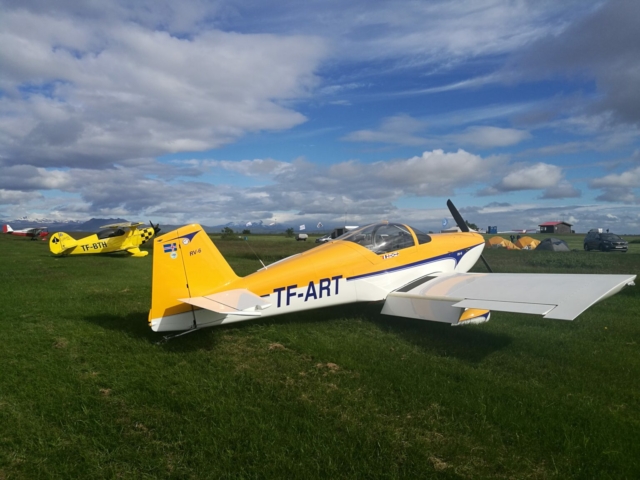 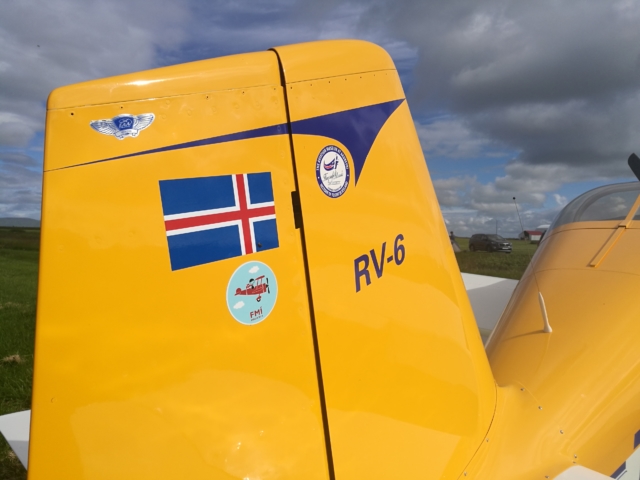 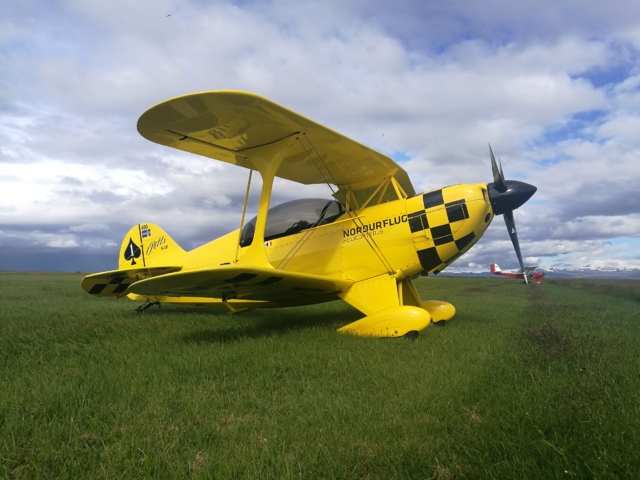 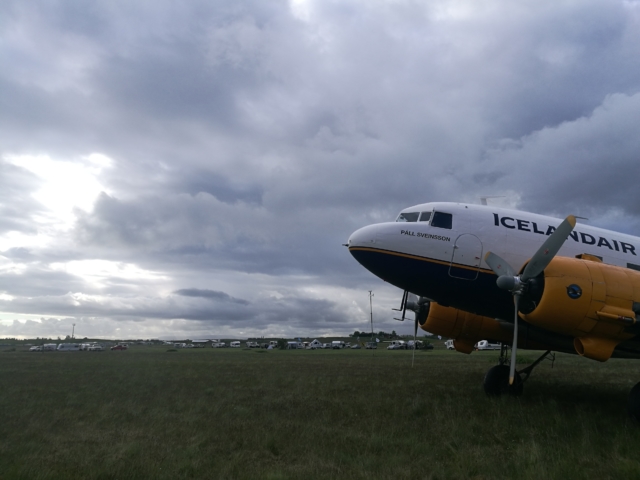 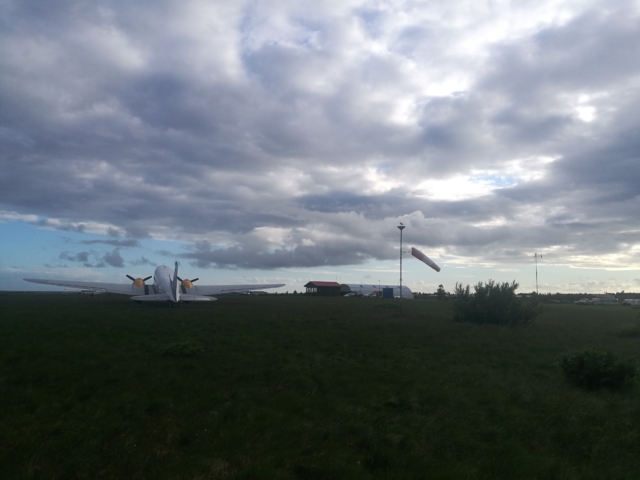 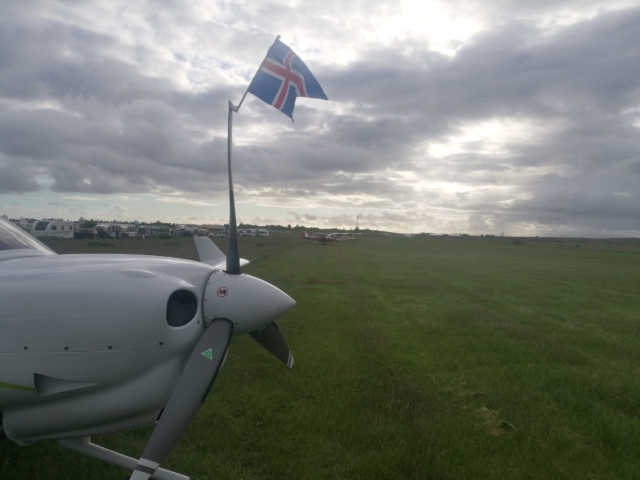 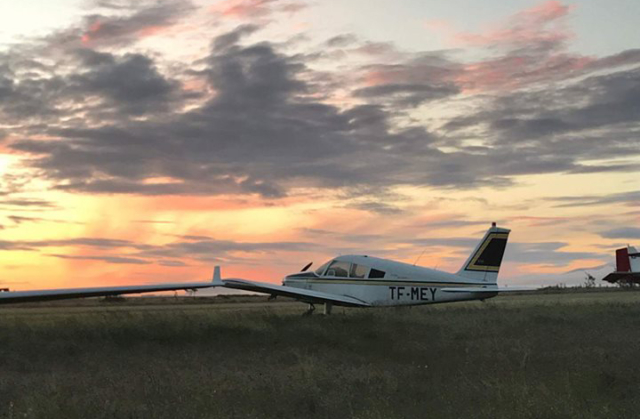 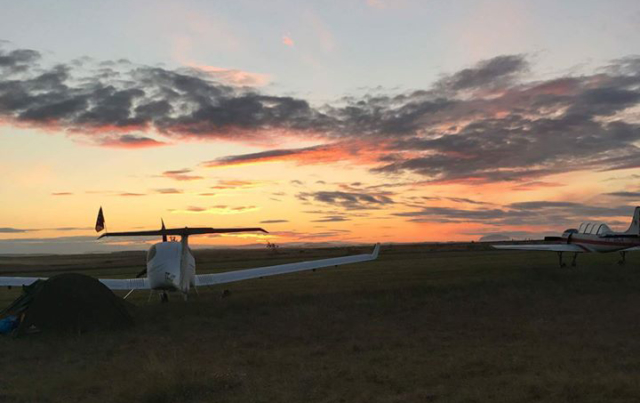 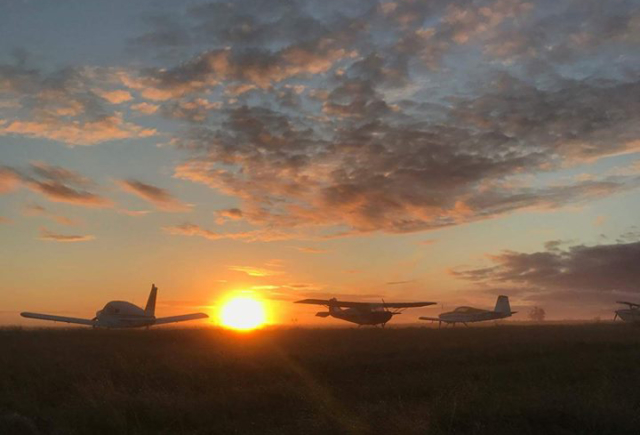 The largest and one of the oldest participants in the event is Douglas DC-3 in the livery of Icelandair (reg. TF-PNK). Before landing, it made three lowpasses over the runway, each time leaving to a new circuit with a rumbling, which was audible in any corner of the airfield. Because of its size, DC-3 could not find a place on the apron of the airfield, and therefore, vacated the runway directly to an unprepared field near the windsock. The good thing is that its gears allow performing such manoeuvres.

Arrived by ground, participants often came in houses on wheels. In the evening of July 7, a tent camp was formed near the runway. The location of the tents was dictated by a set of flagpoles with flags of flying clubs. Quite quickly arrivals organized the life and already in the rays of the bright midnight sun celebrated the beginning of the event with light snacks, barbecue and music.

The pilots did not waste time and increased their raid. Every now and again, new aeroplanes flew into the air, each of which tried to pass over the airfield and tent camp at maximum speed and minimum altitude. The undoubted leader in these attempts was the bright yellow Pitts Special (reg. TF-BTH). Not much of him fell behind the white-yellow Van’s RV-6 (reg. TF-ART).

Next days, participants could see more flights, a music program and a barbecue party. The fun continued until Sunday evening on July 9, when everyone started to go home. Everyone could get their own experience from the event, but most importantly – the feeling that aviation is primarily a community where no one can be lonely. 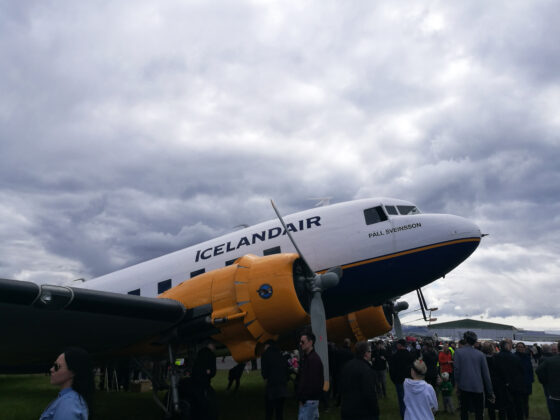 What was shown at the air show in Reykjavik 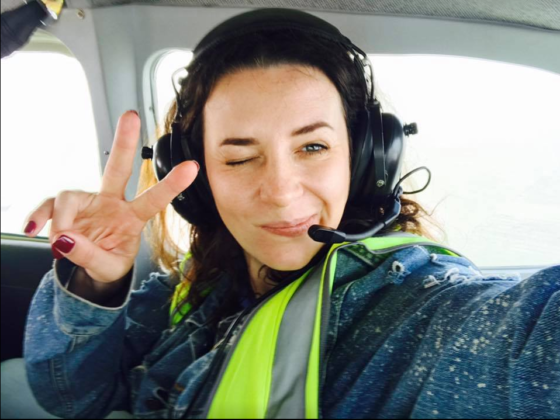